The best tips for traveling to Malaysia

by Sommertage
in Asia, Blog, Malaysia

Here it is: our complete travel guide for Malaysia. We don’t know why but actually Malaysia didn’t impress us like other countries in Southeast Asia. And somehow we are not able to explain why. In some way, Malaysia hasn’t got stunning highlights like other Southeast Asian countries. Probably we also were spoiled by Indonesia which totally overwhelmed us? However: If you plan to travel across Malaysia, we recommend you to read this article carefully as it contains loads of tips for your upcomping journey across Malaysia. And if not – then read it as well, because we’ll show you some beautiful pictures.

By the way: We only traveled across West Malaysia. 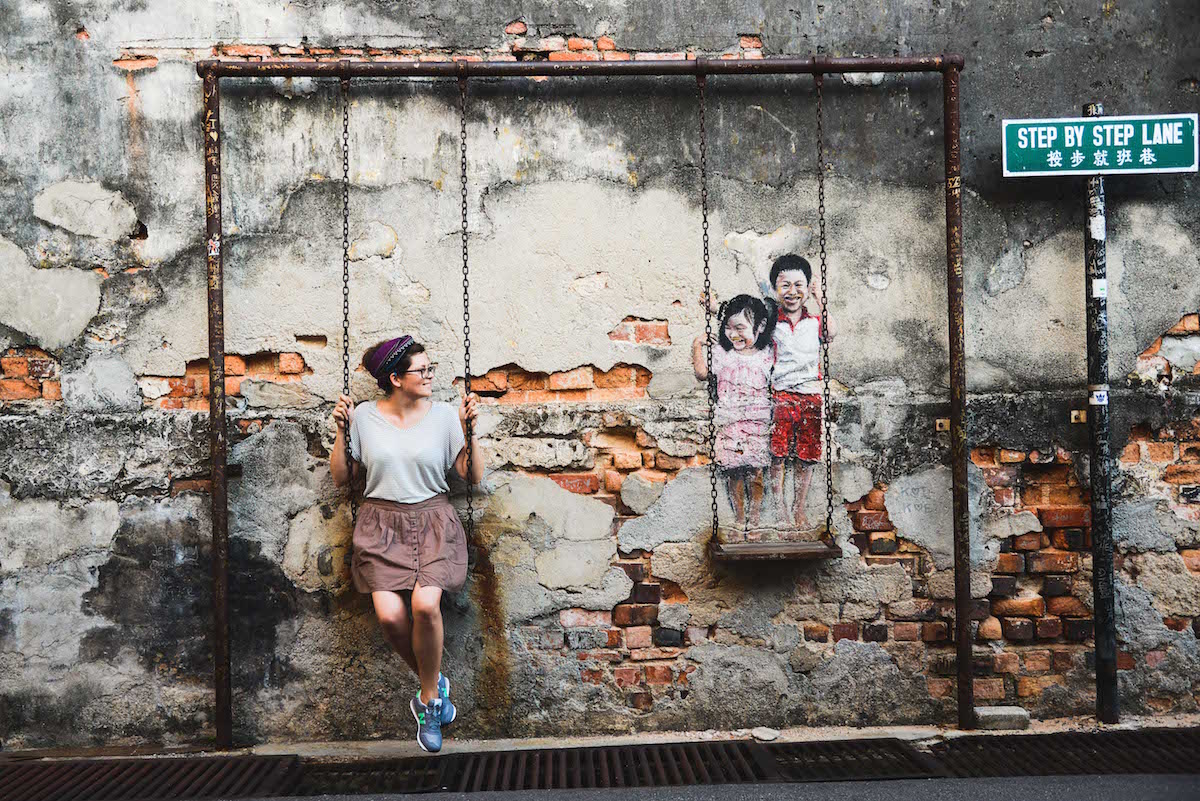 There are mainly four different possibilities to travel across the country:

As soon as we bought our bus ticket at Kuala Lumpur’s bus terminal, we noticed that Malaysia has a very comprehensive bus network. The buses are cheap, easy to use and the time-table is well organized. You can reach almost every destination in West Malaysia by bus.

In some areas, notorious minibuses are also available. We’re not a big fan of them but we used a minibus when we traveled to the Perhentian Islands. The big advantage: minibuses pick you up from your hotel and bring you to your final destination. The big disadvantage: drivers sometimes drive insanely. And of course the tickets are more expensive. 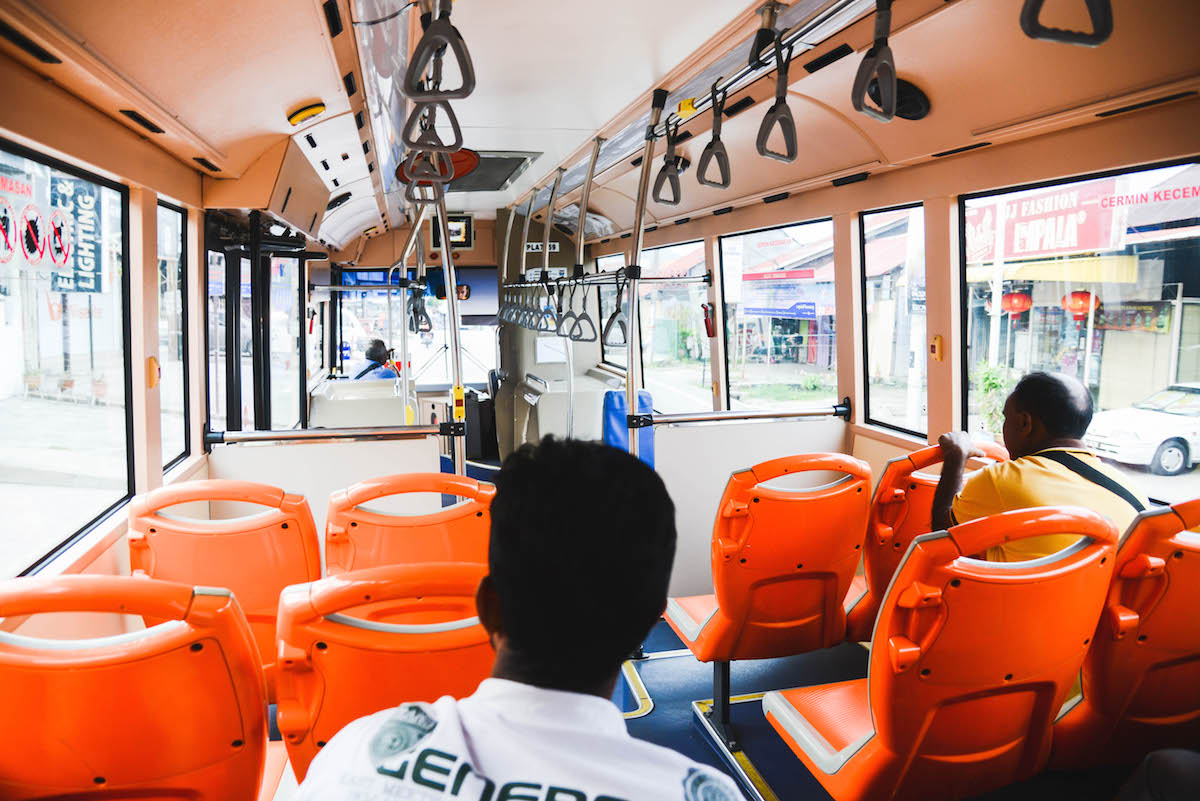 Malaysia’s domestic flight network is comprehensive. A lot of cities are connected by plane. There are a lot of airlines, for example Malaysian Airlines, Air Asia, Malindo Air and Firefly. Flying around Malaysia can be very cheap. Check the fares directly on the websites of the airlines to find the cheapest price.

In some parts of Western Malaysia, traveling by train is possible and highly recommended. The network on the west coast runs from Thailand to Singapore via Kuala Lumpur. When we traveled across Malaysia in summer 2015, the network on the east coast was partly closed due to construction work. Locals told us that the route, which also includes the famous jungle train, is supposed to remain closed for some time. Does anyone of you know further details?

During our time in Malaysia, we often chartered a private long-distance taxi. We were a group of 3, thus we were able to split the costs. The big advantage is that driving by taxi is extremely comfortable. The big disadvantage are of course the costs.

German and Austrian citizens are allowed to enter Malaysia without a visa. You only get a stamp and you’ll need to provide your fingerprints upon arrival and departure. We were not asked to show our return ticket. 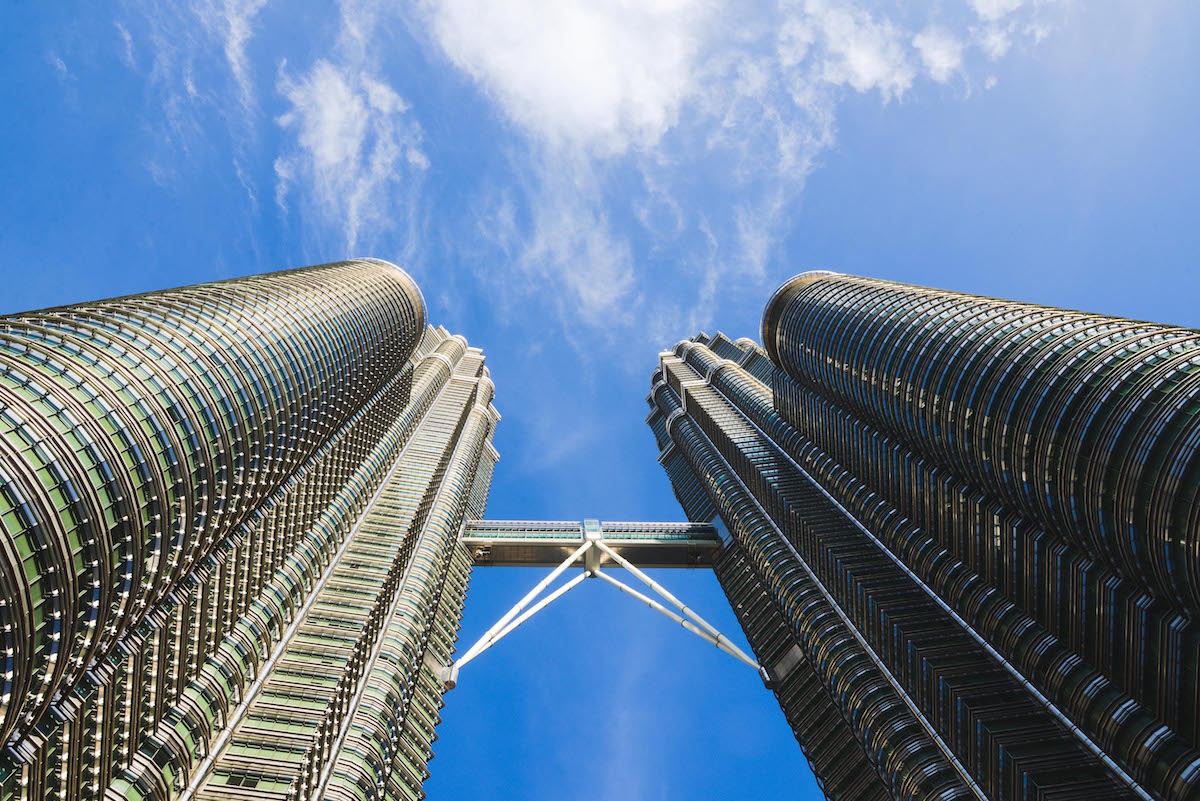 Rain is always possible – even during the so called “dry period”. The average temperature is around 30 degrees Celsius. The weather in higher areas is cooler with an average temperature of around 20 degrees Celsius. The climate conditions vary throughout the regions: whereas the western coast doesn’t get a lot of rain during the wet season, the eastern coast should rather be avoided between October and February. Note that in January there is sometimes no boat transfer to the Perhentian Islands. 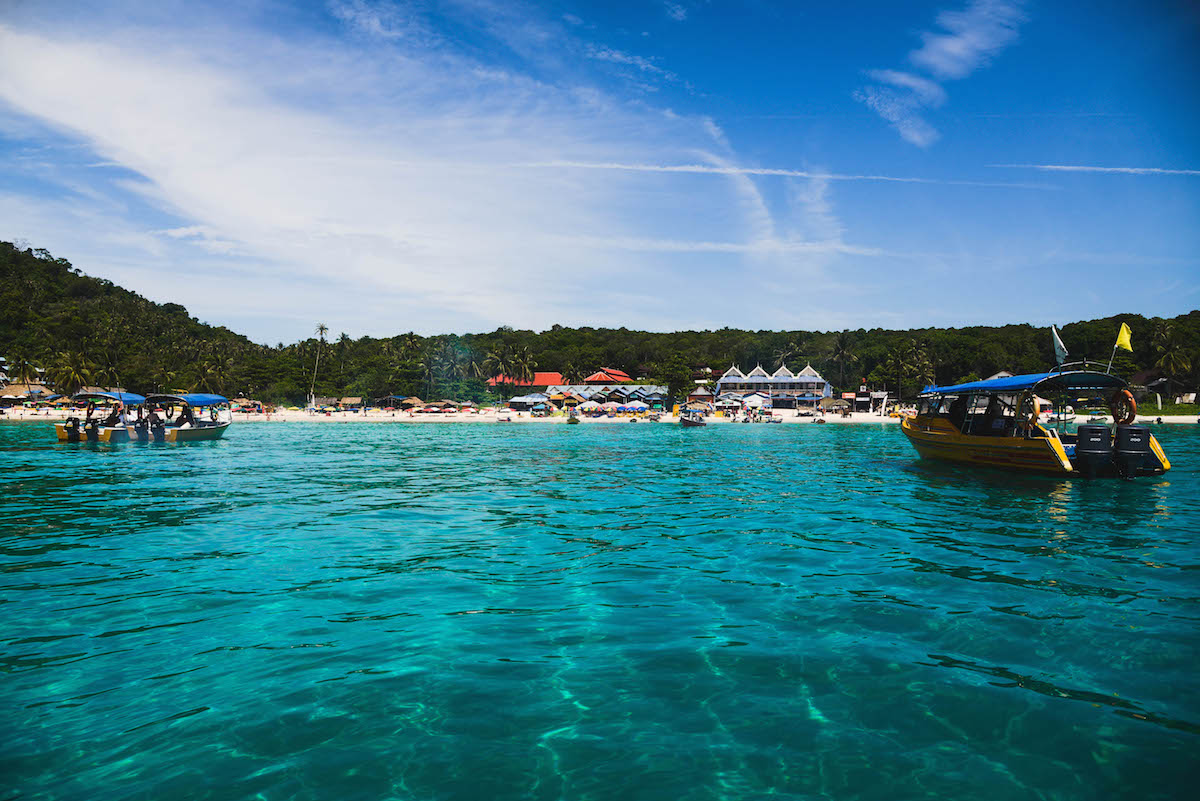 During Ramadan, there are a few things to be aware of. We traveled across Malaysia during Ramadan and were always able to find something to eat. Of course there are a lot of Muslim restaurants which only open after sunset, but you definitely won’t starve. It’s quite likely that some bus or train connections are fully booked during Ramadan, because a lot of people are visiting their families. However, traveling during Ramadan is not a big thing!

We never felt unsafety during our trip. Neither in the evening nor in lonely areas. However, we noticed a lot of policemen on the streets, especially in big cities like Kuala Lumpur. We felt like people are kind of afraid of terrorist attacks. What really happened was the following: A drug dealer crashed into our hotel in Melaka during a police car chase. We were forced to change the hotel. However, things like that can happen to you everywhere.

One of the best things in Malaysia is its delicious food. We loved all those Indian restaurants. There are a lot of Chinese and of course Malay restaurants as well. Our most favorite restaurants were:

A little bit pricey but worth every cent! Own by an Australian guy. Best fusion cuisine ever.
Location: 38 Jalan Bedara, Kuala Lumpur

Taking pictures in Malaysia is not a big thing. Most of the time, we had our Nikon D600 with us. Always asks before you take a picture of a local. And note, that 60 percent of the Malaysians are Muslims. Thus, the depiction of humans may be offending their religious views.

Like other countries in Southeas Asia, Malaysia can be very hazy. Always check the weather first if you plan to visit some view points like the Penang Hills. 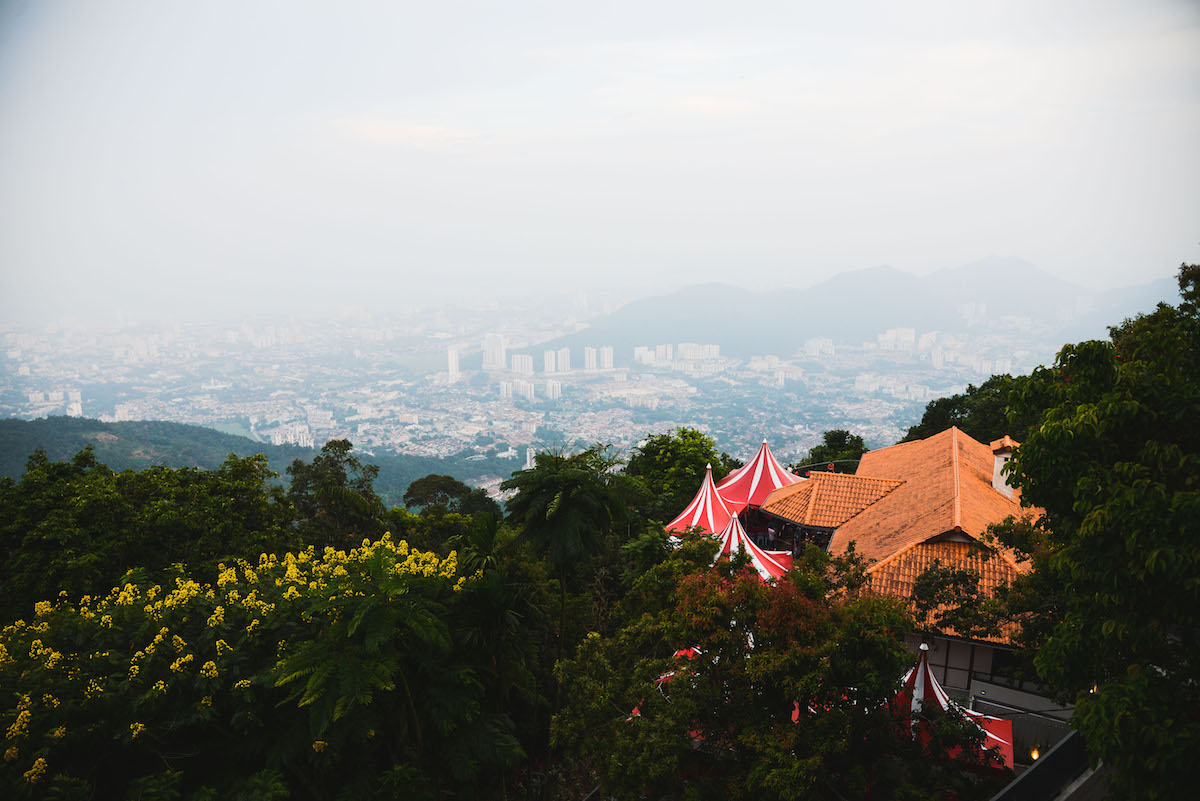 Our most favorite Photo Locations were: 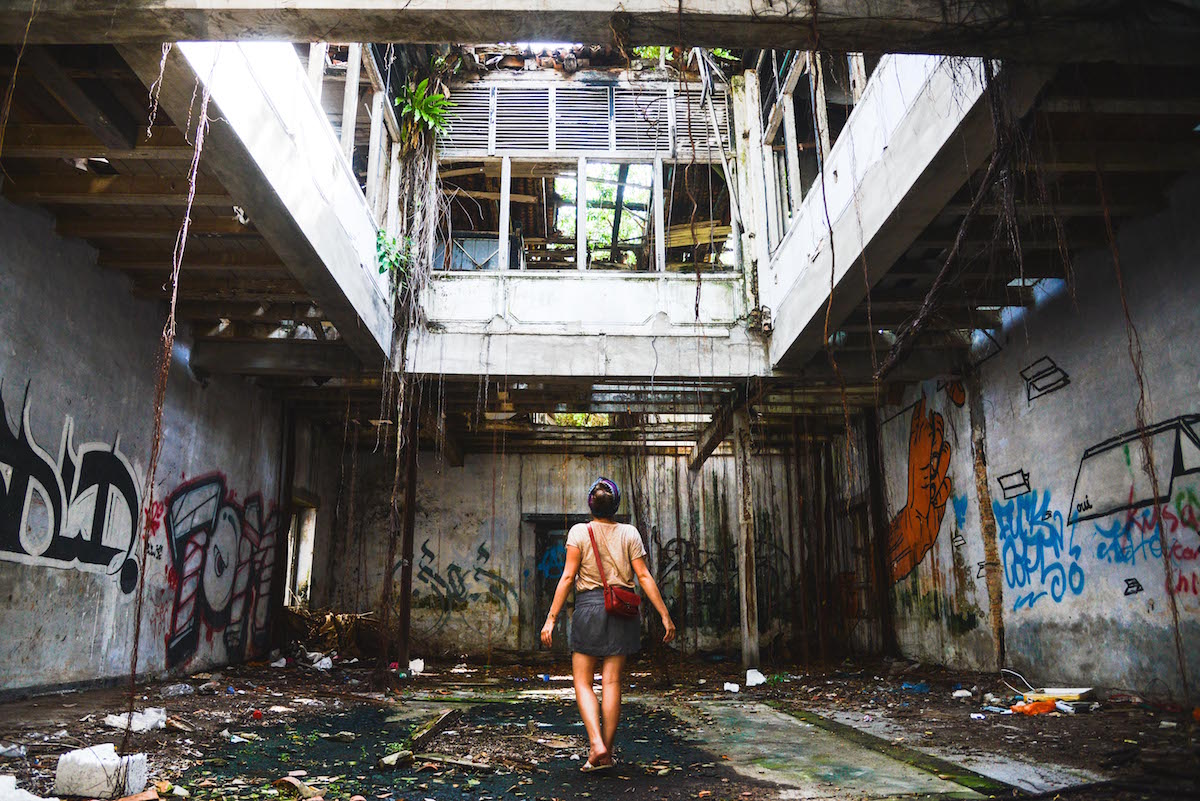 Have you ever been to Malaysia? Leave us a comment and tell us about your tipps or experience!